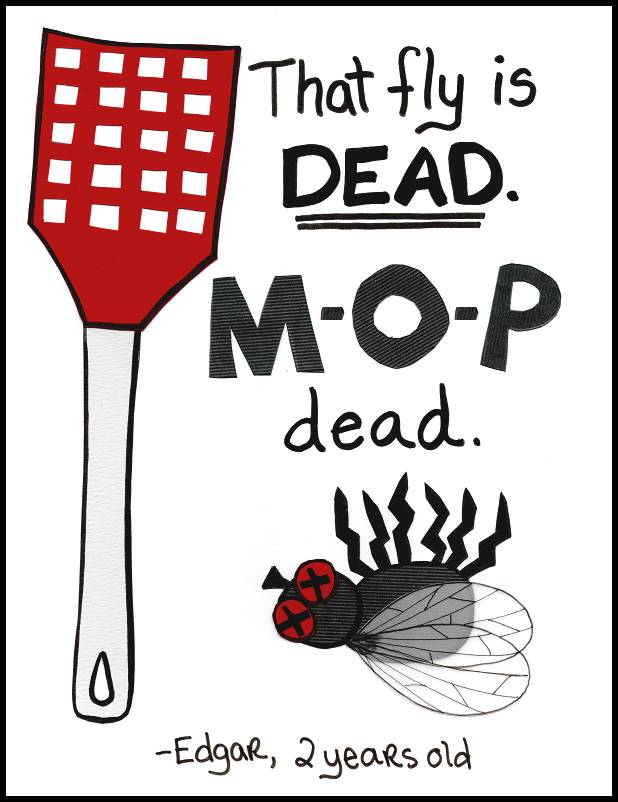 —–
Bizarre fact about Edgar: He is really good at killing flies. Not Mr. Miyagi style–but he can swat a fly with a rag like nobody’s business. And then he gloats. When he was 2, he swatted a fly and then wanted me to know that, not only was it dead, but it was REALLY dead. Hence, the spelling for emphasis. Except…you know…he’s two and he couldn’t spell. So he winged it. And it was awesome.

While we’re on the subject of awesome and dead flies (yep, than can coexist)–I came across some awesome dead fly art. No kidding. Swedish photographer Magnus Muhr makes very silly comics out of actual dead flies. So, there you have it.