Stand by for Magic 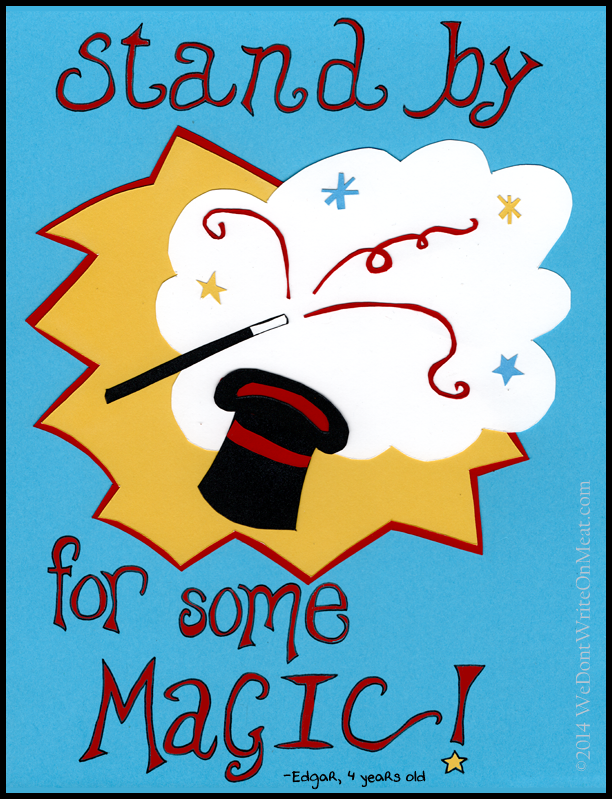 —
I think it is hilarious to watch kids try to sort out the idea of magic. They see it everywhere…in movies, at Christmas (yes, even in pre-Elf-on-the-shelf days), when they lose a tooth and money appears the next day, when clean clothes magically reappear in their drawers, and when mom can magically find their shoes when they were definitely not anywhere on the planet (at least 17 times a day).

So, kids know that magic is real. And, inevitably, they try to figure it out and make their own magic.

It took Edgar a while (like the time he REALLY wanted me to use magic like daddy does to get him some new rain boots), but now he feels pretty confident about his magical abilities. He has informed me that all you have to do to make magic, is to say what you want in a rhyme.

So, look for some comics next week with Edgar’s magic rhymes. Prepare to be amazed.

One Response to Stand by for Magic