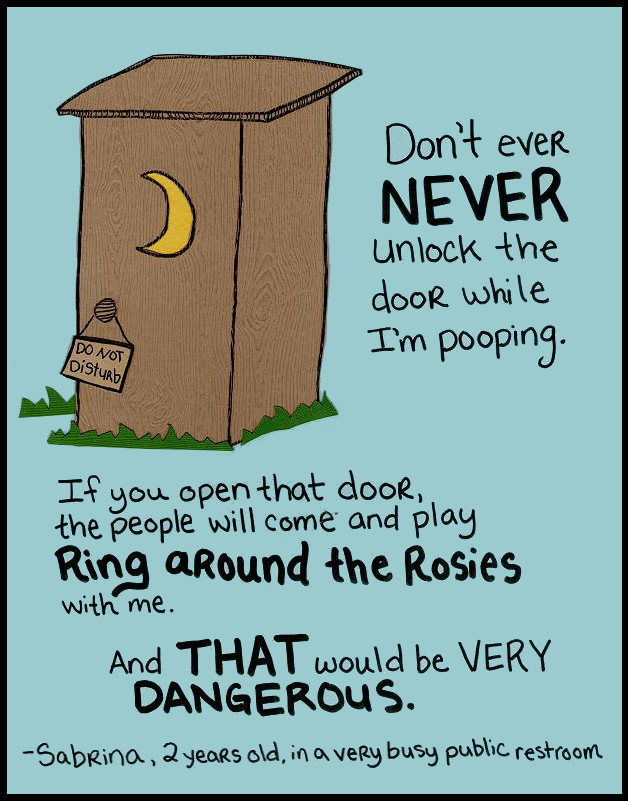 —–
We were at the drive-in movies (which, by the way, is the BEST way to see summer movies when you have little kids–you don’t have to worry about your kids’ noises bothering anyone but you). Anyway, it was the intermission between the two movies and we were in a very crowded tiny public restroom when little Sabrina starts to worry about all of those people just outside her stall.

Not only was it hilarious, but it didn’t make any sense to me. Until I was working on this post and read it to Edgar and Sabrina. “Oh, yes, that would be very dangerous. If you were pooping and did ring-around-the-rosies, the poop would fly everywhere!” So there you go. Turns out it is VERY DANGEROUS.