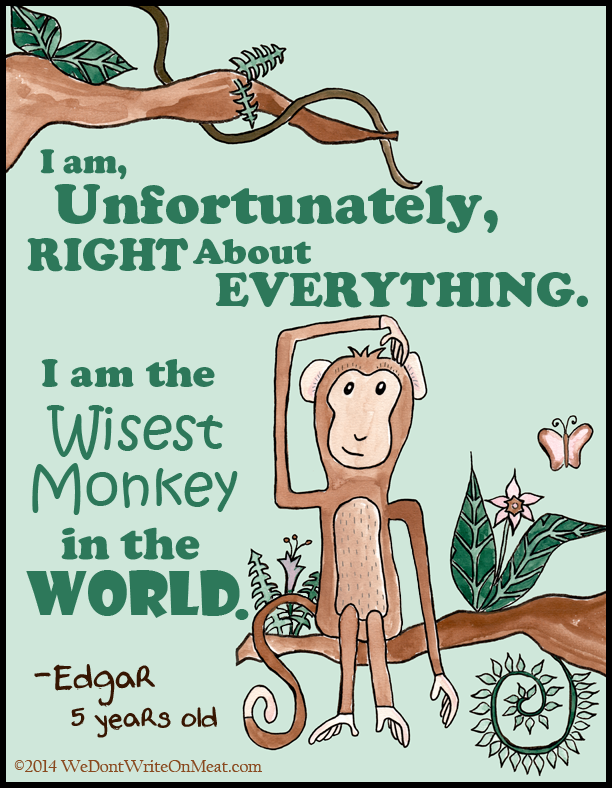 –
I wish that I had written down the context surrounding this Edgar quote. It was just a few weeks ago when he suddenly was certain that he knew everything. And, for some reason, he seems to be disappointed about it.

But he followed it up with this “Wisest Monkey” thing, which is awesome. I think I will hang this on his wall when he is a teenager and is again certain that he is right about everything. In fact, I think that every time he starts acting like a smarty-pants know-it-all (which, as he is the oldest child, is inevitable. I know. I’m an oldest child)…where was I? Oh, yes–ever time he starts acting like he knows everything, I’ll just call him The Wisest Monkey. That’s sure to drive him crazy.