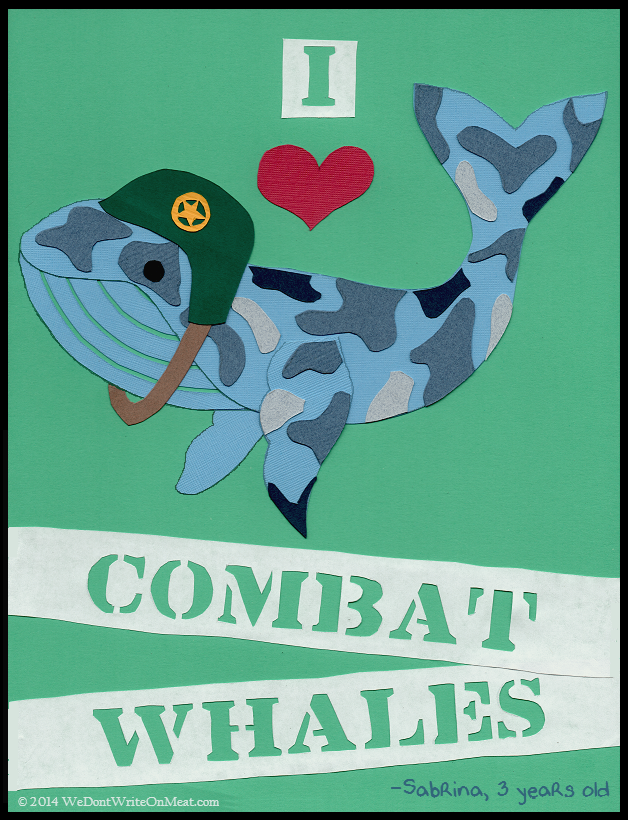 (for other adorable words butchered by toddlers, check out this hilarious post by Mommy Shorts-just make sure your kids aren’t reading over your shoulder…)

But I digress.  Sabrina is enamored with humpback whales. I think she was watching an episode of Go Diego, Go! and it was love at first sight. Except, something about Deigo’s accent made her think that they were called combat whales. Which sounds like something out of a bad sci-fi movie, until you see THIS video of male humpbacks violently battling for the right to…well…they are called humpbacks.

Combat whales. Not a bad name after all.

Check out this illustration for more confusion when preschoolers and animals collide.